I had the honour of being asked to be one of 50 playwrights from around the world commissioned to write a 5-minute play for The Arctic Cycle's Climate Change Theatre Action 2021! From September to December 2021 companies, collectives, community organizations or individuals could present one or more of the plays royalty-free at an event designed to foster conversation and action about climate change. Finally, in fall 2022 (hopefully) the anthology of all the plays will be published by Applause Theatre and Cinema Books.

The play I wrote is called When and is for two voices or more (unlimited). While there were several inspirations for this piece, a primary one was from my time working on Map of the Land, Map of the Stars produced by the Yukon theatre company Gwaandak Theatre, co-created by Chris Clarke, Geneviève Doyon, Patti Flather, Andrameda Hunter, Leonard Linklater, Yvette Nolan, Michelle Olson, Aimée Dawn Robinson. After living down south in a city for several years, getting the chance to come back to the territory of the Kwanlin Dün First Nation & Ta'an Kwäch'än Council and work on this wonderful project from 2016 to 2018 allowed me to process how growing up in the north has influenced (and continues to influence) my views on how humans interact with nature and each other.

Between September and December 2021 When was presented about 19 times in 6 different countries: Austria, Canada (4 provinces/territories), Italy, Serbia, the United Kingdom, and the United States (6 states). I am so grateful people connected to the play and chose to present it at their events.

Nicole Schafenacker, currently based in Whitehorse, produced an audio version with her voice as well as Jordan Kaltenbruner and Meredith Pritchard with sound design by Ashley Wecekesser. To hear a clip of it you can here: 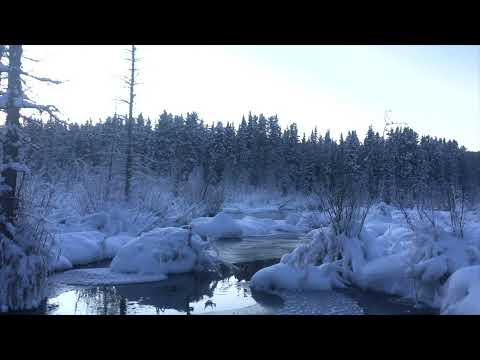